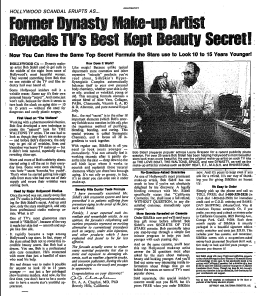 How would you like the inside tips, the know-how tricks, the quick, simple techniques that mean more bass more often, more sporting fun from each bass caught, more sure fishing pleasure every day of your fishing life? How would you like down to earth, practical, plain word, man-to-man answers for just about any bass situation you may ever encounter? How would you like the kind of brass tacks information which must lead to your catching more fish?

“Miraculous” Catches From  Knowledge of Bass and Their Ways

Reports keep coming in of astonishing increases in catches caused by fishermen simply following the tips of Jason Lucas. Of veteran fishermen getting bass of a size and in numbers that before seemed impossible. Of beginners learning more of the fine points of the game in one season than some old timers in fifty.

How would you like to know the right method that brought a phenomenal catch in the spot that the wrong method with the same lure failed to produce even a weak strike? Or what to do in the boat before even starring to fish to jump your fish catching chances?

END_OF_DOCUMENT_TOKEN_TO_BE_REPLACED

One of the best pieces of advice about the role of integrity in copywriting and marketing comes from Eugene Schwartz. There are bountiful examples he practiced as he preached.

Turning a deaf ear to critics should be added to this list.

END_OF_DOCUMENT_TOKEN_TO_BE_REPLACED 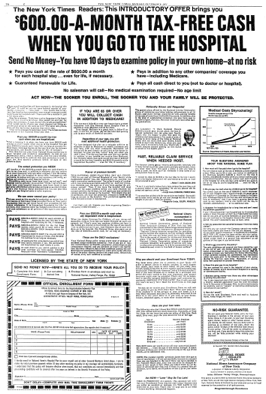 This was a barn burner of a lead generator in the late 1960s and early 1970s with insertions all across the US.

Would the offer for $3,100 tax free cash during a hospital stay appeal to most people reading such an ad today?

Indeed it would since that’s the equivalent in today’s inflation adjusted dollars.

I have no doubt such an ad would make a mint for whoever had the moxie (or memory) to run something similar.

Problem is, for the most part, insurance companies are too sluggish and entrenched in their ways to give this a shot in 2012.

This ad is a timeless masterpiece that could be repurposed in several different areas today.

This is lost print ad response booster. Heck, print advertising as a whole is a lost medium today, with very few players who truly know what they’re doing.

(Insurance Lead Gen) $600.00-a-month TAX-FREE CASH WHEN YOU GO TO THE HOSPITAL