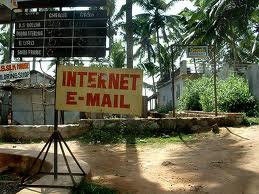 Few things about advertising get my heart racing faster than headline split testing.

All the more so if it concerns email subject lines.

Like traditional headline testing, subject line testing can lead to dramatic increases in response rates. But without the sloth factor.

With email, you know almost instantly whether you’ve got a barnburner, a dud, or something in the lukewarm middle.

Here’s a killer email subject line I came across the other day and the author was… my wife.

After she shared the results of her email broadcast, I felt a surge of admiration… and envy. I wished I’d written it.

I’ll get to the subject line in a moment, but first the backdrop.

Anjelina’s had substantial success in chess as a three-time US Women’s Chess Champion, world student team champion and US Olympiad top board. She’s also taught thousands of New York City school  kids the game in the 1990s.

But since leaving the chess world behind for finance over a decade ago, she found herself in the unusual position of trying to find a suitable chess teacher for our eldest son a year and a half ago.

She wasn’t satisfied with the options in our small settlement in the Southwest and realized it was time to put her figurative spurs back on. She registered a website and asked me to help write an ad… (on the condition it was free of hyperbole.)

Sorry to say copy played little role anyway since the photos she published of her side-by-side with three former world champions did most of the heavy lifting.

She opened her chess academy in the summer of 2010 and it wasn’t long before her fledgling classes began filling up.

But like any start-up, whether it’s a multi-national or a local chess school, businesses hit stick points.

That’s where good advertising steps in. Prospects fatigue from seeing the same USPs and appeals delivered the same way. That’s why we as marketers and copywriters have to mix it up and occasionally use left field approaches.

There’s ample evidence of the value of chess for mental training and in childhood education, but try selling a parent on reading a dry-as-toast, 70-page treatise on the latest feat from some cognition lab.

The best proof elements are the ones people already recognize and don’t question.

So, when Anjelina showed me her email broadcast subject line:

Your Child and Ben Franklin… the Morals of Chess

I froze in my tracks.

When I clicked on the link, it took me to an article written by Ben Franklin in 1750 entitled, The Morals of Chess. The article was 830 words long and extolled the intellectual and social virtues of the game of chess. Who could argue with such a source as one of country’s leading founding fathers?

Before leaping into the article, I asked her, “how many sign-ups did you get from this broadcast?”

“More than any before,” she answered.

So, there you have it.

I was beaten by my wife… in the advertising sense. Chess? We won’t go there. And when people ask if I ever play her at chess, my perennial answer is “no.”

That’s how we keep the family peace.