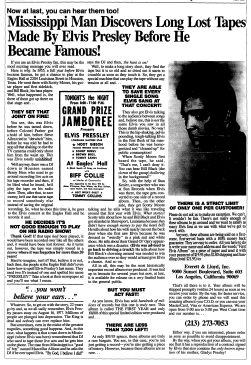 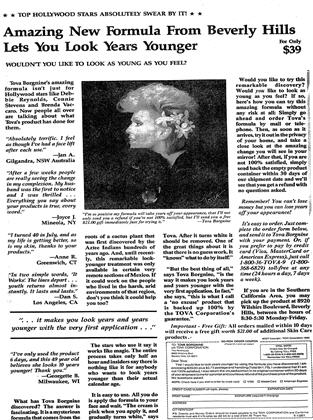 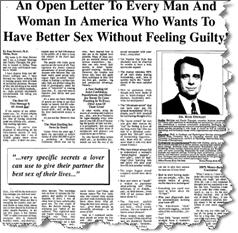 “An Open Letter To Every Man And Woman In America Who Wants To Have Better Sex Without Feeling Guilty” was a full page ad written by Gary for Dr. Ross Stewart’s training tape and had many insertions around 1995.

The price of the VHS tape was $69.95 and it’s likely the $4.00 s&h covered not only the shipping but the cost of production of the tape, as well.

He could sell a sex training tape as agilely as a financial newsletter subscription, a skin cream or a business opportunity. 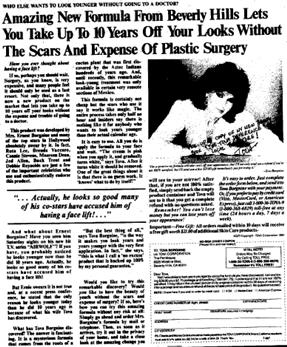 I recently read somewhere that Gary Halbert’s sons have some big release in the offings: one of Gary’s seminars or a bundle of seminars and print courses.

The seminar he gave in Florida in 1996 is one of the finest direct marketing and copywriting seminars ever. It was attended by a pony-tailed Joe Polish, Jeff Paul (Gary wrote the golf club sales letter at that event which made him a killing) and the speed seduction marketer, Ross Jeffries. One of my close friends who’s a marketer in Europe was also there.

At that seminar, one of the best pieces of advice he gave had nothing to do with marketing or copywriting but a piece of legal advice he gave about how direct marketing businesses should handle inquiries from government agencies.

At any rate, I hope that’s a seminar they decide to re-release to the public since it will make smart marketers a nice, little bundle.

END_OF_DOCUMENT_TOKEN_TO_BE_REPLACED 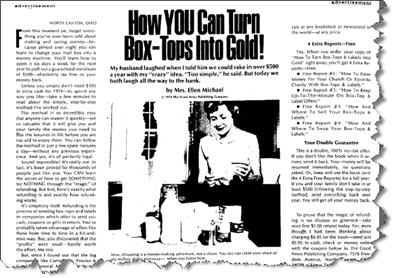 Gary Halbert wrote this ad in 1974 under the nom de plume, Ellen Michael.

I stumbled upon this ad last week in an aging stack of space ads in my closet and don’t recall seeing it before.

The offer was for a book entitled: “How to Turn Box-Tops & Labels into Gold” plus four free reports.