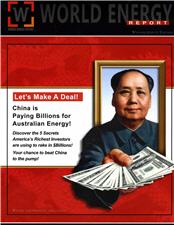 If you live in the U.S. and have ever acted on a hot stock tip, chances are you receive your fair share of pump and dump stock promotions.

These are the kind of mail pieces that trumpet everything from obscure small cap companies, touting the latest  miracle technology that’s rivaled only by time travel… to mining and mineral companies on the cusp of discovering the motherlode of the ages.

But it doesn’t really matter what the company is, or what product they’re selling because you’ve gotta get on board right now before the stock takes off.

That’s always the message: get in now or get left behind.

If you only bought 1,000 shares of xyx company last year, why now, you’d be cradling a pina colada on the beach in Maui.

So, who’s behind this kind of direct mail?

If you’ve got a reliable electron microscope handy, you can read the lengthy disclaimers in the piece to find out exactly who.

Not surprisingly, companies holding sizable blocks of shares are behind these mailings. Usually these are penny stocks or over the counter stocks.

In the past, this type of direct mail was so shabby, both from the copy and design vantage, as well as production values, that it wasn’t worth acknowledging.

But in the past few years, pump and dump DM has been steadily improving.

Discover the 5 secrets America’s richest investors are using to rake in $billions.

This is a very compelling graphic because it plays into the reams of news stories about China’s unquenchable demand for energy and the extremes they’re willing to go to get it.

As Bloomberg news summed it up in a headline on September 2, 2010, “The Deal Is Simple. Australia Gets Money, China Gets Australia.” 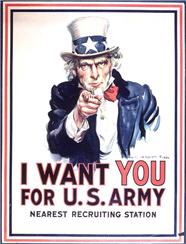 The visual of Chairman Mao reaching out to hand you a wad of Bens is nothing original.

This poster of Uncle Sam appeared on the July 6, 1916 issue of Leslie’s Weekly

“What Are You Doing for Preparedness?”

This portrait of “Uncle Sam” went on to become — according to its creator, James Montgomery Flagg — “the most famous poster in the world.” Over four million copies were printed between 1917 and 1918, as the United States entered World War I and began sending troops and matériel into war zones.