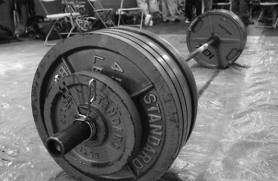 The American writer and public intellectual, Gore Vidal, once quipped:

“As one gets older, litigation replaces sex.”

If Vidal had made it to the gym in his later years, he would’ve switched “litigation” for “CNBC.”

This copywriting research secret has nothing to do with the cable television business news channel.

It’s a little known way to…

Turn your gym membership into response

…especially if you market to baby boomers, the 50 and up demographic.

The gym I’ve been going to for the last few years has a large segment of middle aged and older men.

And about half of them are tuned into CNBC — the channel with the stock tickers and financial talking heads.

While I don’t find much journalistic merit in the business news channel itself, it’s packs one wallop for copywriting research.

It was startling when I first noticed this years ago, but many of the gym patrons in this demographic get glossy-eyed and seem to go into a quasi-trance while watching CNBC.

After observing this several times, I decided to do a little spontaneous field research.

So, I approached a 60-something man staring at the stock tickers on the screen and asked him a simple question:

I couldn’t have imagined just how long an answer I’d get in return.

That was followed by lamenting his recent losses and upbraiding himself for not having pulled out of several positions.

It felt like he gave me the rundown of every major stock he held.

Then he capped it off by complaining about what he “should have” bought and why he didn’t follow his first instinct.

My four-word question resulted in a several minute monologue. And strangely, he only glanced at me once or twice the whole time — I nodded — and he continued to fixate on the TV screen while talking.

I wondered: “is this an ingenious way to dig into the core wants and desires of a target market, or did this guy just like to talk investment shop?”

On my next visit to the gym, I decided to find out, so I sprung the same question on a gym rat from the same demo.

And sure enough, he was just as game as the earlier boomer, with the only difference being his “pats on the back” for all of his recent wins.

I felt like an old school psychoanalyst when asking a patient the open ended, “how do you feel?”

I was now hooked on this research method.

Sure, I had a few brush-offs, but most were dying to have someone to talk to about the all important thing that took up so much of their psychic energy… the market.

With some practice, I learned I could channel the feedback I was getting with a simple redirect like:

“How do you feel about tech?” or “Any thoughts on energy?”

Gym goers in between sets… seem predisposed to
this simple research methodology.

And, it works just as well for health and beauty products.

After several field research tries, this time with a middle aged female demo, I arrived at: “Excuse me, I write junk mail and I’m doing a promo about (blank)… do you know anyone who uses it?”

No one would try something so goofy for a pick-up line… and it works like a charm at discovering core wants and desires in health and beauty.

If you care to try this yourself, don’t say I’m a “direct response marketer” or even “a copywriter,” unless you’re looking for a blank-faced response. People in the middle aged demo and up instantly get “junk mail writer” and seem to appreciate its candidness.

The trick for doing this successfully is to fight your own impulse to talk… and just LISTEN.

Several times I’ve gotten “product evangelists” going and had to stop them in mid-sentence.

“Listen, what you’re saying is gold… would you mind if I turned on the voice recorder on my phone so I don’t miss anything?”

No one has declined so far.

If you’re a gym goer, why not give it a try?

“Get in shape while you make money!”

WANTED: 25 Marketers and Copywriters to reap windfall profits in 2013-2014