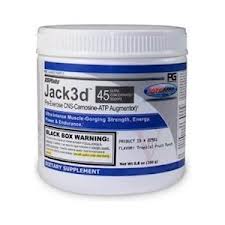 Anyone in the alt-health and supplement business can’t help but notice the growing trend of wrongful death cases.

A few weeks ago, I wrote how Manoj Bhargava, founder of 5-Hour Energy, went on the assault when his company came into the spotlight due to several wrongful death suits. I’m neither an attorney nor a nutrition scientist but I’d be surprised if there’s any judgement against Bhargava’s product, given how little different it is from a cup of dark roast Starbuck’s with some B vitamins thrown in.

But this is a product in a whole other category than 5-Hour-Energy due to the controversial ingredient dimethylamylamine (DMAA). It’s an  amphetamine-like stimulant that’s already been banned in the U.K., Australia and Canada.

It’s available in any sports nutrition outlet the United States and is the preferred pre-workout supplement for many gym rats, including yours truly on occasion. I’ll be hitting the medical databases before my next scoop though.

Many lifters in the States are stockpiling the stuff anticipating an eventual ban.

Here’s the link to the lengthy New York Times article: Is the Seller to Blame? Workout Supplement Challenged After Death of Soldier.