This direct mail package might as well have been written a lifetime ago, instead of the the early to late 2000s, when it mailed heavily.

Look at all that’s changed.

Bezos has taken over and disrupted everything across the board.

Because of Audible and other steaming services, the great Nightingale-Conant is a shadow of its former self. Mind you, the company remains the greatest self-help direct mail marketer to ever lick a stamp.

And Jeff Paul, who was sitting pretty, has been knocked out of the marketing game for good, or so it seems at least publicly.

“My brother-in-law thought I was insane when…”

It was an information marketing zero-to-sixty in which the marketer/guru would:

Run an ad in a trade journal… generate leads by offering a free report… follow up with a long copy direct mail sales letter.

The markets ran the gamut of dentists, car mechanics, real estate agents and dozens of other industries. 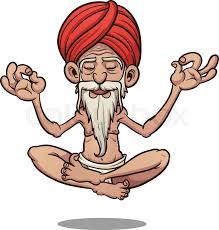 The marketer-guru presented a Horatio Alger-type origin story and offered to FIX what was broken in his struggling target market.

I’ve met dozens of these “niche heros” over the years from many different countries.

They boast no Wikipedia entry, but they are heralded as gurus within the niche they market to. And they’re often heroes in their own minds. 🙂

Jeff Paul made his bones marketing to financial advisors, and he himself was one of their number when he got his start.

His direct mail pitch for Psycho-Cybernetics is little different than the one he used in his own industry and it worked like gangbusters.

But Jeff made the one Titanic mistake many successful marketers before him have. 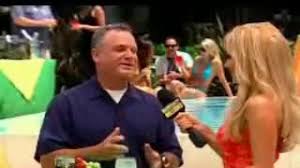 John the Apostle is the only disciple who died in his bed at an old age.

The rest were martyred.

And likewise, many marketers who’ve used TV to promote biz-op products have had the plug pulled on them by the Feds.

I know of another marketer who had over $100 million frozen and fled to a shanty town in Central America. So amassing wealth is no protection against the “powers that be” when it comes to this type of operation.

Jeff and other get rich quick marketers were on the receiving end of a $478 million judgement in 2012 by the Federal Trade Commission.

The problem with the infomercial spotlight is it’s as visible to regulators as it is to respondents.

And the problem with biz-op is there’re always regulators from multiple alphabet agencies who are anxious to turn over every stone in search of hanky-panky.

Combine them and the mixture’s dangerous.

Those in biz-op are far better off with the…

“Money in the dark” medium of direct mail

(Disclaimer: I am NOT an attorney, nor do I play one online. If you need legal advice, get yourself an experienced advertising lawyer.)

So, where is Jeff and what’s he doing today?

I have no idea.

It’s a pity he got tempted by the fast money and launched “Jeff Paul’s Shortcuts to Internet Millions.”

Jeff was a tremendous copywriter who relied on story selling for most of his career.

His DM piece and story selling have stood the test of time.