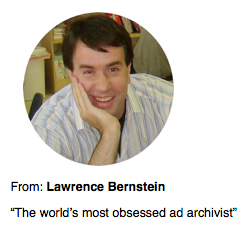 A hopeless bibliophile, history buff, linguistic dilettante, gym rat and dad. The young’uns often rib me about being a boomer. I’m not!

Now a semi-sane teetotaler and a pretty pious Latin Mass Roman Catholic (when not busy sinning). 1890 ELO rating in chess. Former governor of the storied Marshall Chess Club in New York. So was advertising legend Rosser Reeves, who was a strong master — he has me trounced in both advertising and chess.

I’ve been fortunate to have met and worked with hundreds of fantastic marketers, copywriters and business builders from around the globe.

I’m still captivated by all facets of direct response, but particularly the old school of direct mail and print. I’ve spent over a million bucks on subscriptions and products to keep my name (and aliases!) seeded on direct mail lists.

As for print, even this last chapter of newspaper print in the States fascinates me and offers plenty of overlooked opportunities for the right advertisers.

Admittedly, many mass market advertisers have pulled out of the thinning pages of newspaper print (from March 2020-March 2022) after the crash in newsstand sales put another nail in print’s coffin. Even the last stronghold of print advertising, supplements, is withering on the vine, and has shed most of its branches over the last two years. Among players in newspaper print, only Dr. Sears remains.

What does the rest of 2022 hold in store? (I shudder to think and every now and then, I’m tempted to take a nip, but don’t.)

Even in the best case scenario, we’re looking at a pretty grim year and need to fire on all direct response cylinders to make a difference in the lives of those we serve through marketing and selling.

As of March 2022, the globalists and their order-takers have transitioned from two years of covid operations to their old stand-by: WAR.

Some have gone so far as to suggest that Western governments, public health authorities and mainstream media launched psyops (or psychological operations) against their citizens. What kind of conspiracy nonsense is that?

Everyone knows it’s been one part psyops and one part demonic vexation. But as the covid narrative collapses, people around the world are waking up in increasing numbers to the fact that a deliberate agenda was perpetrated against humanity by an enemy most are still oblivious to.

It’s amazing taking stock of what’s gone down. Over the last two years, the average person’s experience has been like a pinball bouncing around a machine, emotionally and psychologically pummeled around the clock. Fear and deception were the primary weapons used against us. And I’ll go out on the same limb I’ve been standing on for most of the last year. By 2023, either there will be Nuremberg style tribunals for crimes against humanity, committed by the globalists and their accomplices, or most inhabitants of the Western world will be living under the yoke of total tyranny and oppression for a long time to come. We may be so lucky the way things are headed.

Similarly, the Ukrainian narrative pushed by mainstream media is to be trusted as much as “two weeks to flatten the curve.” I’m no clueless redneck in his cactus patch about this either… other things I am.

I’ve traveled throughout Ukraine and even occasionally risk attempting the language, similar to Russian, but different. I’m married to a woman from the Ukrainian SSR and at the time of this writing, my brother-in-law is trapped in the port city of Odessa until hostilities cease, God willing. Thankfully, his 17-year old daughter and her mother were able to exit the country after a two day journey (which should have taken two hours) to cross the border into Romania and then catch a flight to Amsterdam.

Tragically, atrocities are being committed and as Erich Maria Remarque wrote: “War is hell.” I oppose war and the devastation inflicted on innocent people and their families, but unlike the MSM depiction, this is NOT a purely black and white issue of “good guys” and “bad guys.” If you’re interested in a deep dive of the situation in Ukraine, here’s a link, replete with an historical backdrop the mainstream media almost never presents.

If you’re not up for an hour long read, have a look at this unusual exchange between two U.S. Government officials during a Senate hearing about U.S. funded bio-weapons labs in Ukraine, that up until a week ago, did not exist and were a minor attraction at Conspiracy Land. As one commentator posed: “Why is she so concerned Russia would seize such a benign ‘biological research facility?'”

These are the same people who’ve been responsible for the near worldwide covid response. And here’s a frightening thought to part on. If covid-19 freakishly originated in a Wuhan “wet market” in 2019 and triggered a response which crippled world populations and economies, imagine if any of the “research materials” mentioned in the 71-second video got loose and spread around the globe.

I subscribe to Solzhenitsyn’s assessment of the West as a throne to Godless decadence. We’re deep into the 9th inning of that ballgame, in this humble junque mail archivist’s view.

Yet, I remain an eternal optimist.

Yours for bolder response,

Some comments from colleagues, clients and friends
who I asked(!) for a blurb

“There are few who can hold a candle to Lawrence Bernstein when it comes to knowledge of direct mail and print advertising, past and present. I turn to him for one reason and one reason only — because he’s a walking encyclopedia. His input has helped me with significant customer events.”

(Perry Marshall, The man’s got a Wiki page.) 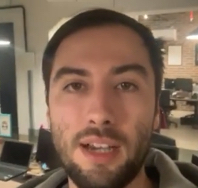 “Looking for BIG IDEAS that could catapult your copy (and your royalties) into the big leagues?

… that light up the neural pathways, and spark connections and ideas I would have never considered otherwise.

Ad Money Machine is aptly named – a resource no self-respecting direct response copywriter can live without!

“Lawrence. The truth is I lied ! A few days ago when I messaged you that I had already made the price of admission (7500usd) by just reading half of your direct mail masterpiece well let’s just say it was 10 times that. I thank the Lord for having rediscovered you again.”

“Thanks to your guidance, my business is booming. I literally have more clients than I can handle.”

(Financial copywriter, (Awaiting permission to use his name.)

“I love receiving packages from you. You’re like a Direct-Response Santa.”

“If I told you how many times I made my investment back I would lose all credibility.

Lawrence, I really have to thank you for your very clever and powerful marketing tool. The tool responsible for our surge in sales!

Every company — direct response or not — should get their hands on it. If you don’t make at least 25 times or more on your investment I don’t think you opened the package and followed the step by step instructions.

“God, Lawrence, I really appreciate your stuff, so here’s a testimonial:

If you want to succeed gloriously in this business (assuming you have any talent, of course) sit down for a month and read, learn and practice the principles you unearth in this treasury of great stuff. Marvelous!”

“You’re one crazy dude to do all this work, but until you get therapy, I’ll take advantage of it with glee!”

“As a marketing enthusiast and dedicated student of the craft, I’m constantly searching for valuable insight and information. And once I found YOU (many years ago) I felt like I had finally found what I was looking for.

Since that day, EVERY marketing strategy, sales system, retention model, acquisition model, process, advertisement, etc., that I have executed started with FIRST referencing one or more elements from you, your website, or your partners. From my own house ads to ads for my clients, the foundation of everything I have done began with listening to your teachings, or the teachings of those that you reference/endorse. Dead or alive.

I now own and operate a successful digital ad agency with over 50 employees (give or take a few employees depending on economics 😉 and feel as though I owe you more than a bit of gratitude for my success.

“I get loads of emails from online marketers looking to sell me stuff to improve my marketing, but I trust Lawrence to deliver quality every time.”

“By the way, Lawrence, I should thank you directly…

Back in early November, Michael Masterson and I gave a speech at the AWAI Copy Bootcamp in Delray that dealt, in part, with the value of focusing on one theme rather than many in headlines and leads.

And the example I threw into our Powerpoint came directly from your website (attributed) where you compared two products for better vision. Naturally, I don’t remember much about the convoluted example. But the better version came from Gene S., “Your Eyes Can Heal Themselves…”

I don’t know where you find this stuff, but the examples were invaluable at making a strong point quickly.

I hope some of the 300-400 people present took my advice during the talk and went looking for your site.”

This is REALLY GOOD STUFF! Also, GREATLY, appreciate the fact that you blew up the examples and published them in a Tabloid format.

Not everyone would go to the expense of doing that, but its the BEST way to see these examples. Thanks, AGAIN, for making this course available.

“Your manual has been instrumental in me writing an ad that generated over $20,000 in just two weeks, so cudos to you Lawrence.”

“My jaw is literally black and blue from hitting the floor over and over again as I got to see the techniques you’ve uncovered. I never dreamed many of these things were even possible, let alone how easy you’ve made them. The word ‘miraculous’ comes to mind.”

“If you want to learn what it really takes to sell – well, every single thing he shows has a lesson. I got two ideas this morning for something I am working on, which is actually a get-rich-slowly-but-surely educational service for marketers.”

(Drayton Bird, David Ogilvy said of him: “Drayton Bird knows more about direct marketing than anyone in the world.”)

“I want to take a moment to thank you for providing these updates. You are one of those rare marketers who supports his customers LONG after the sale.

“I want to thank you very much for coming out to Paradise Valley. It was a great day together with you. We very much appreciate your deep knowledge, insight and love and passion for the history and present of our industry.”

“Lawrence, you are probably the most dedicated direct response scholar I’ve ever met.”

“I saw you on the Gary Bencivenga retirement DVDs that I purchased. Great publicity for you.

I have to tell you, combining Gary’s wisdom with your swipe files is a lethal weapon.

Confidentially, because I’m not a braggart (in fact, you’re the first person I’ve told this to), my design partner and I have beaten A-list, world-class copywriting and design competition – 4 straight times. That’s how much I’ve benefited from–and appreciate – your material.”

“Brilliant examples, great commentary. This one just gave me an idea for a newsletter we’re about to launch that I think will hit large. I don’t know where you find this stuff, but I’m glad you do.”

“If Lawrence has got a product for sale, you should get it!”