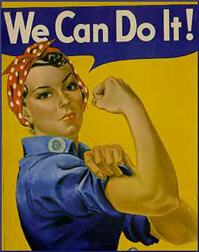 A woman with a day full of dreadful household chores ahead of her remembers that she has an energy pill in her pocket. She takes the pill and soon has buoyant energy all day, finishing her work in half the usual time.

Later in the day, when her child comes home from school, she notices her chewing mints which look suspiciously like the energy pill.

Turns out mom hadn’t taken an energy pill but a mint.

There was no magic in the pill, yet the placebo (Latin for “I will please”) guided the lady to the magic in herself.

Regardless of how severe the the worldwide economic recession becomes, and whether it lasts for months or years, the surest resource you can count on is the power of self-belief.

Few things can compete with a person who combines an accurate assessment of reality with a rock solid belief in his or her ability to win.

But these are trying times for everyone.

Just yesterday, I was speaking to one of the most successful direct marketers I know, about the gravity of the situation we’re facing.

I was taken aback when he said, “Lawrence, I’m a positive person but how can I stay positive with what’s happening?”

He’s several exponents more successful than me, and he’ll probably never feel the financial anxiety so many families are now beginning to, when the main bread-winner gets sacked. Yet, even he’s ruffled by what’s happening.

Though I was surprised to hear him say it, I shot back, “it’s not a question of being positive or negative, it’s a question of…

For every one person who boldly faces reality, actively looks for opportunities and takes fast action, there’re nine others who desperately cling to the belief that the government will take care of them.

As someone who’s been in the fangs of financial fear, pushed the bundle of unpayable bills to the back of the drawer, and eventually filed for bankruptcy, I know it’s tough to escape.

To excel in the new “scared money” environment means extinguishing the brush fires of fear wherever they spring up. Fear and self-belief can’t exist in the same space.

Though I can’t pinpoint the quote, I remember reading about Sam Walton being questioned by a reporter on how he coped during the Great Depression. Walton’s answer was he…

“Decided not to participate in the Depression.”

It’s not only possible to “not participate” in the recession but to thrive while others are throwing in the towel. But, it means seeing the world differently and more importantly acting differently than everyone else around you.

While others are “taking a pass” and blaming their business misfortunes on the economy, the believers will be asking themselves, “what can I do to succeed today?”