The print ad has had many milestones in its 100 plus year history.

First there was the order coupon, which for many years was the heart and soul of direct response.

Then came the till forbid or negative option devised by Max Sackheim for the Book of the Month Club.

Customers no longer needed to renew a subscription, instead they had to take an action to cancel. Mail order companies that made the transition to till forbid enjoyed giant spikes in yearly sales compared to the previous model. And, with the advent of credit cards, the till forbid model became known as continuity.

Next came the response option of including a telephone number. Respondents no longer needed to stamp and address an envelope

Then the toll-free order line was put into practice by Joe Sugarman. This is now the standard and most important response medium for all print advertising.

What is it about a prospect seeing her zip code in a print ad that drives response?

It also carries a social proof component of the product’s legitimacy and wide spread appeal.

And most importantly, we know it works because it’s been the de facto option of some of the biggest and most successful space advertisers for several years.

It’s greatest champion today is Rodney Napier, who has used it to sell over a billion dollars worth of his own products: from space heaters to diet pills…. and from coins and currency to memorabilia.

Strangely, many display advertisers have an aversion to it because they believe it to be too complicated. This is an easy myth to dispel that can be handled in all of 90 seconds with your client and call center manager on a conference call.

You can download a PDF of these two print ads (link corrected) which are a total of 4.5 megabytes. The top ad shows a state regional seg ad, while the bottom one is a national insertion in USA Today: the stomping ground for players in print. 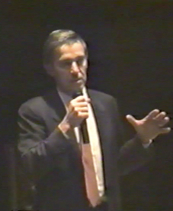 I’ve seen a lot of BLUEPRINT type products over the years, invested in many… and even authored a few myself.  But I’ve only encountered ONE that can lay claim to calling itself the $100 Million Blueprints… that’s because it hails from a company that’s turned over $100 million every year for over two decades.

And Suarez Corporation is the ONLY direct response company I know that’s ever revealed its methodologies and practices in public. I searched for many years before getting a hold of these 25+ hour house training videos. (CLICK HERE.)

If you or your clients do any volume of print advertising or direct mail, take a serious look because for the price of a small ad insertion or a DM test drop, these seminar recordings could be worth a fortune to your business.