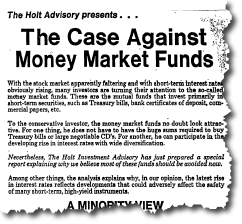 (JUNE 2022) I needed to pull an old rabbit out of a hat for a client recently, and THIS was the … foundation for the promo… that leapt to the fore.

Here’s a hypothetical to demonstrate how powerful this little known headline is.

(Ah, the magazine. As my young daughter told me some years ago, “a magazine is an Ipad that doesn’t work.”)

Anyway, let’s say the advertisers are a chiropractor, a cosmetic surgeon and a wealth manager.

Most of the time:

As soon as you read the headline
you already KNOW what’s coming!

If it’s a smart advertiser, she may use some variety of problem-agitation-solution or P.A.S.

Here’s the P.A.S. formula in a nutshell for a chiropractic ad.

The P.A.S. approach certainly beats what the general advertisers are doing — usually a smiling face and a slogan.

Readership FALLS off the cliff!

So, no matter how well you construct your pitch… no matter how persuasive you are… ultimately it’s no good when your prospect can predict what you’re going to say.

That’s where “The Case Against” comes in.

Now let’s take those same predictable pitches and tune them up.

“The Case Against Chiropractors”

“The Case Against Cosmetic Surgeons”

“The Case Against Wealth Managers”

What wealth manager would be asinine enough to run an ad with the headline: “The Case Against Wealth Managers?”

A smart one, actually.

Because it’s “against type.”

In most ads like these, the reader gets a page of copy with one part convincing and one part arm-pulling.

But the advertiser who runs “The Case Against Wealth Managers” highlights all the pitfalls and problems of hiring a wealth manager… then explains how HIS practice is the exception.

He does NOT beat anyone else down but assumes the role of TRUSTED ADVISOR.

Readership goes up and response follows.

Give it a whirl in an email blast sometime and see for yourself.

Well, I hope I’ve made a strong case for “The Case Against.”

Here’s the reference that gives you an example of how to generically assemble a “Case Against” ad.