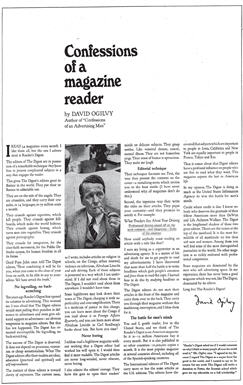 Joint venture partnerships are so ripe with possibilities and stacked with leverage, one could focus exclusively on them — while ignoring almost everything else — and still be reasonably successful in business.

I’ve been on the ropes more than once and was brought back to life by working with a few, select JV partners. The enthusiasm and fresh perspective of a good JV partner can be almost equal in value to a responsive list paired with a killer endorsement.

However, in the Internet marketing arena, nowadays, the JV process is by and large narrow…almost to the point of being mechanical. Think of the numerous messages about the latest launch that plague our inboxes each week. I call launches, which are nothing more than multiple, synchronized joint ventures, “assume the position marketing.”

You know how these messages typically go. “The doors to the site open next Friday at 11:00 am EST…and there are only 1000 available but we’ll sell out fast…so make sure you get on the early notification list so you can be one of the lucky few to snag the fast action bonuses….etc.”

These launches are nowhere near as effective as they were a few years ago. Since I’m an outsider in their world, several of the better known names have confided this to me. It was no surprise. After all, even the least perceptive prospect, who’s usually a marketer himself, is not Pavlov’s dog and recognizes fake scarcity when he sees it. As evidence, look at the emails from the last few launches practically begging you to buy, after the program has “sold out.”

Good marketers are critical thinkers and even contrarian to a degree.

My friend, Bill, who’s a talented marketer, reminded me of Cialdini’s lesson about scarcity in his landmark book, “Influence.”

In his words: “Cialdini talks about scarcity and how it can be a powerful tool of influence when it is genuine. He cautions, however, against being a “smuggler,” attempting to induce scarcity when it is not real.”

I’m certainly going back for a refresher read of “Influence.” Because it makes more sense aligning our marketing practices with the conclusions derived from Dr. Cialdini’s work, rather than trying to bend them to fit some superficial marketing tactic du jour.

So what’s all this have to do with an ad David Ogilvy wrote in 1965 for Reader’s Digest?

I’ve just come across a whole series of space ads which were “advertising joint ventures” in the purest sense. Unlike the most common jv’s in which a list owner endorses a partner’s product or service and takes a cut of the sales, these jv’s relied on the high reputation of two partners in different yet complimentary realms.

“Confessions Of A Magazine Reader” is the earliest advertising joint venture I’m aware of. The image of both David Ogilvy and Reader’s Digest is enhanced by this ad. Notice that Ogilvy signs his name to it, so you can be sure the copy wasn’t churned out in an hour.

From “Confessions Of A Magazine Reader”:

Ogilvy on Reader’s Digest and highbrows:

I seldom read a highbrow magazine without wishing that a Digest editor had worked his will upon it. I would then find it more readable. The Digest articles are never long-winded, never obscure, never boring.

The “reason why” in the footnote is a nice touch. Shortly after this ad was published, came the explosion of O&M house ads. So, it’s possible the ad itself was more than sufficient “payment” for Ogilvy’s work.