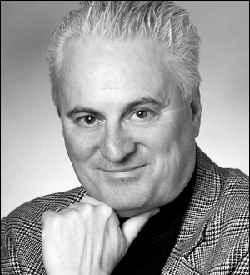 I know just enough about Richard Armstrong to be, well, scared.

He’s got a black sense of humor and the mafia heavies in his book are a little too vivid for my taste.

Speaking of his book, I just finished reading it.

“God Doesn’t Shoot Craps” is a fast reading, most interesting broth of a book Richard has seasoned with Joe Karbo, The Sopranos, Dante Aligieri and the film, Atlantic City.

Anyway, a friend of mine, (no really he’s just a friend) Dr. Jack Booman, sent me a link to download Richard’s amazing free sample book, My First 40 Years In Junk Mail. You’ll be hard pressed to find a more oustanding example of how to make your advertising itself valuable to your prospects.

Besides this, Ricard offers a boatload of free gifts to copywriters who purchase his book. Amazing stuff.

Richard’s material is so good, some rightly wonder if they should be sharing it with the rest of the world or just keep it under their hats. Some also wondered if Richard would be displeased if everyone on the Internet started posting links to his stuff.

After all, why gain all that copywriting knowledge only to wind up swimming with the fishes?

Well, Richard has put these questions to rest so you can learn a bunch of his tricks while sleeping easy at night.

Several folks have written to me to ask if it would be okay if they posted a link to on their blogs, Tweeted it, mentioned it on Facebook, Linked-in, told their friends and colleagues about it, etc. etc. After much careful consideration, here’s my answer…  Well, gee, let me think about that, hmmm, I guess, well, I don’t know, er, um, ah … YES, OF COURSE YOU CAN!!!  Obviously, I’d be delighted if you did something like that.  And you’d be my best friend forever.  Which, judging by how I treat most of my friends, means I’ll never call, I’ll forget your birthday each year, and I’ll be way too busy to come to your funeral.   But I’ll still appreciate it!