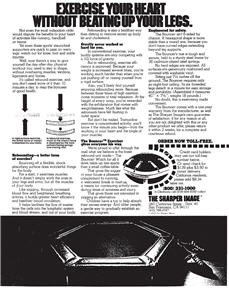 Quite a different world today in consumer electronics and gadgets than when Joe Sugarman founded JS&A and Richard Thalheimer shortly thereafter founded The Sharper Image.

And if Sharper Image goes down for the count, they’ve had a great run.